Say hello to the rest of the community here. Start a thread and tell us a little about yourself.
Forum rules
Post Reply
24 posts 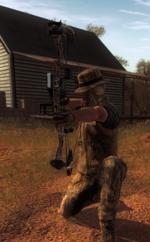 I play at the hunter classic since september 2016. I am a french player and i don't speak english ( thank google translation

). I play at this gale only for the fun and not for competition. It's a good game overall, but the hitbox is very bad sometimes. Or This game is inspired by the movie "Wanted"

I registered on this forum also to say my displeasure about commercial policy. Please stop it ! You are ruining your game ! It's only game and not the real world, and you are sale "Water Bottle", are you serious ? It's a shame that your commercial policy takes over the interest of the game. I hope you will soon realize your mistake because to want too much we lose everything.

Sorry for my english, and I hope my message is understandable.

While I largely agree with you, this is not something new for EW (or maybe this is more dictated by AS - don't know), works for years by now, and probably won't change.

I think that at the moment, EW/AS is more concerned about keeping their players pool, than attracting new players - and I believe this policy hits new players mostly.

EW/AS uses also the niche game status to their advantage - there is simply no other hunting game good enough to compete for a customer. So if one want to play in good hunting game, one don't realy have a big choice.

And I assure your, from my own experience, that writing such things you will quickly hit the "wall" of "old" players bringing up "arguments" of EW not being charity organisation, or about "niche game" so needing more money from single player, and so on. So I don't know is there a point to start this again.

From other hand, since almost every newbie (to the game, not necceseery to the forum) writes about this, this probably means something.

But as I said, I suspect, that new players are of lower interest for EW/AS at this point.
Top

Thank you for your reply. I know you are absolutely right on the subject. In introducing myself, I just wanted to be honest and also say what I did not like in this game.

I have a question for you, do you sometimes have problems when shooting? I explain, it often happens to me when I make a shot, I often touch the gut or we can see that the impact is just behind the dough before where I aimed. Moments when shooting from the front I touch the scapula and the intestine but no other organ.

Yes, this happens from time to time. There are some problems with how hitboxes works in this game, but as far as I'm aware no one among the players know what is actualy causing this. One probably have to get use to the fact, that from time to time will be hitting completely somewhere else (most often intestines) than one was aiming at. Problem is not new, but it wasn't solved yet, so I'm not sure it ever will. But this is of course only part of possible cause. I'm sure you've noted that for animals in move we often need relatively big lead for distances we shoot at. Quite often when I shot moving animal I see my projectile hitting behind the point my rifle was pointing at in the moment of shot. Again, I'm not sure why it is like that. And, when it comes to organs placement, I think we should not trust entirely those drawings from harvesting screens - they are good to start, but one have to fine-tune exact shot placement with practice.

Novalc wrote:It's only game and not the real world, and you are sale "Water Bottle", are you serious ? It's a shame that your commercial policy takes over the interest of the game. I hope you will soon realize your mistake because to want too much we lose everything.

I play the game just fine without every using a water bottle, just make sure that you buy the proper clothing and don't run too much.
Hunter Score 71k+ ● Playing Since 2009 ● Favorite Species: all deer
Top

@Sherab86 :
I was hopeful that this hitboxes would be repaired one day. At the same time it reassures me that there is really a problem. Yes I had noticed that it was often when the animal moved.
@Levado :
I used the B & C held during my first hunt, and I had a problem. Then I used the Sneaky 3D Arid and got a warning message. So if I understand well even if I have this message, I can continue without the risk of having the same problem as with the B & C, is it ? and it's good, i don't run in this game 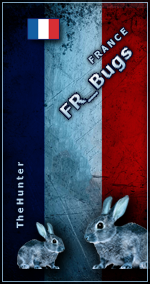 Hi and welcome aboard Novalc 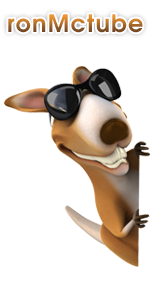