General chat about The Hunter. For suggestions, please use the "Suggestions"-room below.
Forum rules
Post Reply
297 posts

Like the new feature in WRR, I think it is very cool..


Update quote:
"However, naturally, we had some major concerns about introducing this animal to the game, given our stance on ethical and responsible hunting, and a Polar Bear is a vulnerable animal, the hunting of which is highly restricted in real life. We wanted to do it right. So, we tried to simulate real life conditions for hunting the Polar Bear as much as possible and the result has become the event-based game design which will be unique for this species at this point. According to the design, a handful of Polar Bears will spawn in Whiterime Ridge reserve, which you will not be permitted to shoot unless they attack you. Polar Bears killed in self-defense will not yield any score, nor will there be a harvest screen. Our good old Doc will of course send you an educational message on the matter too.

From time to time there will be special events in the EHR during which the Polar Bear population will increase due to various natural influences and animal control. During such an event the aforementioned restrictions will be lifted and players will be permitted to hunt Polar Bears like any other animal. Those events will run for long enough for players with not so much time on their hands to take part in and they of course will be announced well in advance. I am sure that you all have a lot of questions about this game design, so please ask away in the forum and we will try to address them all."
I joined the forum in order to post pictures and videos from gameplay, also to get news, updates and additional features..Everything I say or post is purely for fun purposes.
Top

Need sale on Med Kits. I used all mine in VDB falling off the ropes and cliffs lol. Now we got to get attacked by a bear to shoot it lol

I like it too, or another possibility would have been something like you can kill 3 or 4 bears/real week, but the way they choose is good too

Sorry for my english
Top

I think it's brilliant that they are starting to look ay different hunting styles, I was getting really bored with the whole see a animal shooting it grab it go find another animal now u actually have to think!! Fantastic job guys!! Can we see more like this plz
Top

Feedback on my work as a moderator is always welcome!
Top

Hm what about just wounding the bear during the attack. Will a follow up shot be allowed?
Top

@Alena if you read: we like the new system ^^
Top 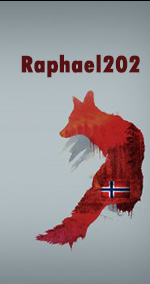 I think this will be something i will remember as one of the best features ever!!
It is a kind of hunting season!
Top 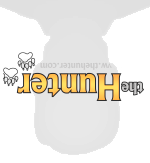 So there is no score awarded if you kill one in self defense? Scoring will be allowed only during special events?
Will there be skills and achievements for them? Those special events need to have a kill limit or only those hunters that can devote endless hours of hunting during the special events will get any real achievements out it.

I applaud the effort in making a new game play design but this needs some serious thought.
Top 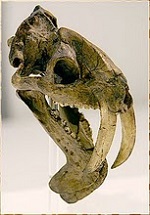 It makes no sense to me, but then, you can't please everyone. I can wait until the next animal. I'm sure it won't be long
Top
Post Reply
297 posts