Avalanche Studios, the developer of theHunter game client today announced the acquisition of the full rights to theHunter intellectual property. The studio will assume and continue the development and will soon announce the future plans for the game.

“We are very happy that the discussions were concluded in our favor.” comments Linus Blomberg, Founder & Chief Technology Officer of Avalanche Studios. “The game has unfortunately suffered from the extremely tough business climate during 2009. We are fully committed to the development of theHunter and to the continued investment in the IP. We will reach out to the community as soon as possible as we are transferring the operations and development of the service to our premises.”

Avalanche Studios aim to have as little downtime of the game as possible during the transfer of the service. As the transfer has been completed a new update of the game is planned with new exciting content, including a new game environment, new animals, and new weapons.

“theHunter presents us with very exciting opportunities, and we have high ambitions for this game” comments Christofer Sundberg, Founder & Creative Director of Avalanche Studios. “Having control over all aspects of the service puts us in a good position to cooperate closely with the community and improve the experience even further.”

Avalanche Studios is a video games developer based in Stockholm, Sweden. The studio is focused on development of original IP and high-profile license games for consoles and PC and is currently finalizing the development of Just Cause 2, the sequel to the 2006 award-winning game.
Top

Let me introduce myself, my name is Linus Blomberg and I'm Joint-CEO, CTO and Co-Founder of Avalanche Studios. I'm extremely happy that we've come to this solution for theHunter. Rest assured that you guys here will play an important role in directing the future for the game, in terms of new development etc. We already have a planned update for you that includes a new environment, new weapons, and new animals. As we're still in the process of transferring the service, i can't give you an exact date of when that will be released. It all depends on how smoothly the transfer goes. But hopefully it'll be weeks rather than months. We'll get back to you with more details along the way of course, along with some teaser material ...

I also want to commend the people at Emote for the hard work they've put into this game through the very difficult times. And hat's off to the admins and moderators of this board, and all of you commited people that never lost faith. This could never have happened without you!

Looking forward to work on theHunter with you!

As a personal note I'd also just like to say a very quick thank you all for your support throughout these difficult times, it would have been impossible to continue without it. 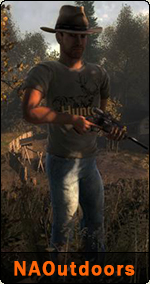 Thank you guys very much

I'll chip in on this thread as well!

I'm Stefan Pettersson, I'm the soon-to-be CEO of the newly formed subsidiary of Avalanche dedicated to The Hunter. Due to the period of notice in regard to my current assignment it'll take some time (like late April) until I'll be able to join full time. I'm really excited to join and get started!

Anyway, I'm happy that we have the legal parts behind us. And as Linus mentioned, big kudos to the Emote staff for keeping The Hunter running despite the extreme circumstances. And bigger thanks to you guys, the dedicated community, for staying with us during the turmoil and lack of information. It's been so frustrating reading the forums without being able to comment on the situation.

Basically what will happen now is that we will plan how to migrate everything related to theHunter, to Avalanche from Emote, to take over operations and continue the development. This involves simple things as getting moderator status on this forum to transferring all assets/code and facilitate the knowledge transfer to get everything to build and deploy related to the servers. The good thing is that the client is something we already know. This is a lot of work and it is hard to estimate anything since there are so much unknown. But rest assured, we will be working hard and The Hunter is our only focus.

In parallell we're also staffing up the team. Bringing in people previously working with the client as well as recruiting new staff.

Besides migrating everything from running the servers to customer support we've already begun working on an major update, as mentioned by Linus, involving the big island, new weapons and new animals. We will also work on updating the Avalanche Engine to take advantage by many of the improvements made by other Avalanche projects. As you may guess, it is extremely hard to predict any release date - we're right now investigating exactly what needs to be done in order to release the update. So what we will do is to make sure you guys, the community, are in the loop and provide you with updated information in regard to the migration and content update. The major asset, no doubt, in regard to The Hunter is not technology or intellectual property, it is the dedicated community!
Top

All music to our ears Stefan and Linus. You have said everything I wanted to hear.
Big Kudos! 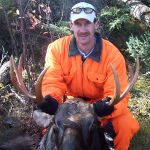 All of this most certainly is good news for the future of The Hunter.

Thanks to Stefan, and Linus for taking the time to stop by the forums personally, and comment on this exciting new development. It means a lot to us to know that you guys will be around the boards, and listening to what The Hunter community has to say, to help improve this fantastic game.

As was said many times... thank you!!!!!! for continuing the best hunting simulating game ever ....

Nice to see you guys here!

One very big wish which may not be very much work:

New species and weapons sounds great but I hoped for something different than the big island as new enviroment. Well, maybe it's the best thing to release it and I'm looking forward to not answer the question "When is the big island released?" ever again.

Fantastic to hear from you guys! As Egg said, there is a large community here who is waiting eagerly to see the direction theHunter moves in under the auspices of Avalanche. I'd also like to say that I'm glad that it was Avalanche that did the takeover and not another company like EA... imagine theHunter by EA!

Can't wait to see how everything eventuates, and look forward to continuing the dialogue between ourselves and Avalanche. And a friendly word of advice: Don't underestimate the power of regular developer-community discussions. Even if it takes time out of the normal day, it's critical for keeping the relationship healthy. Just read back a few months and you can really see how nasty things can get without good communication!

Good times ahead! Let me know how to contribute