General chat about The Hunter. For suggestions, please use the "Suggestions"-room below.
Forum rules
Post Reply
7 posts • Page 1 of 1

I have a new account that i'm trying something new. I'm going to hunt with just what the games starts us with. I won't buy any content. To make it a little easier. I'll just hunt for deer with the .243. I have to be careful with predators because the .243 isn't legal to use for them.

To help that problem i'll stick to Whitehart and Loggers. I'll see how far I can get with no content. I could have saved a bunch of money if I had tried this to begin with. Oh well. Better late than never.

I still won't do missions but will gain some gms from deer kills. Not much and you can't buy much with gms. A couple of tents would be handy but they cost too much. As does a camo outfit. My biggest problem is trying to see the thin black crosshairs on the 4x scope we get for free. The 3x9x40 with the red dot reticle would sure help me see with my crappy vision. I'm getting cataract surgery on the 31st of this month. Maybe i'll be able to see the 4x reticle after my eye heals from the surgery. Hope so. 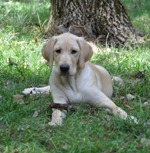 Don't you still get the single shot 12ga with a new account? If so, it can be used on all the predators. I think it can be used on everything except perhaps bison and banteng. And I think you can carry both the .243 and the 12ga at the same time even without expanded backpack capacity.
Personal Bests...

Yes, I can but I have a hard time seeing the open sights. I could always run like a little girl when I hear a bear about to charge.

To be serious. I could use the shotgun for just charges. Not a lot of aiming for those. Just sort of point the barrel at the bear/moose when it's real close. Not that a moose is a predator but they sure act like it.

In real hunting i've never been charged by a bear but I have with a moose. Several times and I wasn't even hunting for them. It's tough getting a moose tag in Colorado. It takes 20 years of saving points and then you still have to be lucky to be drawn. I never bothered.
------------------------
Pete

You better get the 12g single shot or else you wont be able to hunt elk. That will give you a challenge to hunt them without a caller. But if you work it right and get in front of their line of travel the 12g slug will be more than adequate at 30m.
Then of course you still gonna have 50/50 a chance to prevent yourself becoming pig or bear poo.
Old hunters never die.They just sit around the campfires and tell the biggest lies.
Top

I won't be playing for awhile Dan. I have Osteoporosis and break bones easily. I've been dealing with a busted rib for the last few days and last night I broke my spine. I've busted my spine so many times I don't even bother going to the doctor anymore. They do the same thing each time. Take an x-ray and tell me I broke my back. Then give me pain pills for a few days and send me home. I don't bother because it's painful to go through it all and I gain nothing. I'll just deal with the pain. Typing this post is a struggle and i'll be staying off the computer for awhile. I'm trying to find someone in my building to take out my dog but it's a lot to ask someone to take him out 3 times a day. No way can I do it. I have a hard enough time making it to the bathroom and feeding myself. I was supposed to get cataract surgery on the 31st. I'll have to cancel it. It's a 200 mile round trip. I can't do it until I heal.

As for the shotgun and elk. I might just stay with deer when I can get back to playing. My name for the account with no content is DeerStalker243. I can't figure out how to connect it to Steam, so I couldn't buy any ems if I wanted to. If you check that account you'll see no ems will ever be shown. My regular account is OldMtnMan and I can buy ems for that one. I guess Steam wants us to have just one account.

Ok, I didn't want to ignore your post. I had to check my online bank account and planned to just give a quick check on my forums. I thought i'd give you an answer before closing down my computer.

Getting old is crap. Sorry to hear you having a hard time. Hope you can get over it as soon as possible.
Old hunters never die.They just sit around the campfires and tell the biggest lies.
Top

I love the .243 for bobcats, foxes and lynx in game, but unfortunately, it doesn't perform nearly as well as the real life version would on deer, and so I don't take it deer hunting as much as I would like. (I killed my first buck with the very similar 6mm Remington over 40 year ago.)

I think 125m would be a good max range for clean kills with the .243, but even then you could probably get into trouble with body shots when hitting the shoulder area (especially if you hit that darn-near impenetrable shoulder blade).

I think, with your eyes and the 4x scope, you would probably want to keep your shots under 100m and maybe even under the 75 to 80m range. I might be doing a mule deer and whitetail comp on Loggers later tonight so I might take the 243 with me and see if I can get a better feel for it. It's been quite a while since I've used the 4x scope.

Good Luck with the surgery

Have a MeLLoW Day