General chat about The Hunter. For suggestions, please use the "Suggestions"-room below.
Forum rules
Post Reply
15 posts 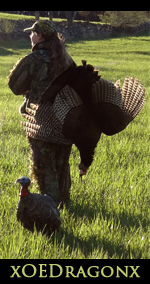 kidrock1211 wrote:If there are let us say 3 bears at your bear feeder and you shoot one with a bow will the other 2 runoff?

That depends if the bow shot itself spooks them or not. If the bear you shoot drops on the spot and is far away enough from the other bears (20m+ I think?) they probably will not spook or run. If you shoot a bear with a bow and it runs away or if you drop a bear while it's standing close to another bear, that will spook all animals in the immediate area and they'll start to run away (I say run, but black and brown bears only run a short distance then start trotting away if they're not shot themselves so follow up shots are possible with firearms).

If there are 3 bears and you shoot 1, even if it drops on the spot and the others aren't spooked, you still trigger the feeder penalty. The feeder will immediately stop attracting bears at it's maximum power for a short time. So all the other bears nearby that aren't spooked will likely start to slowly wander off anyway.
Top 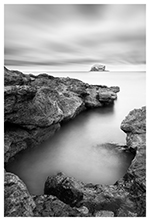 xOEDragonx wrote:There are no bear callers in this game. There are bear bait barrels which work great to draw in black and brown bears but keep in mind feeders have a penalty. If you shoot a bear at your own bait barrel, the barrel will stop attracting bears from far out for 30 minutes real time (as in, restarting the hunt doesn't reset it). It takes a full 30 minutes for the feeder to build back up and start drawing bears in from the farthest range again. Barrels are mostly just great for getting your spotting skill up and for giving you the chance to pick the biggest bear out of several to shoot. They don't really let you kill bears any faster than by just spotting and stalking. Now, if you had a friend with a bear barrel, you could hunt over their barrel without ever triggering the penalty. Only the owner of the barrel will trigger the penalty by killing a bear near it. If it's not your barrel, no penalty. Take a bow and you can often shoot bears back to back to back.

So no bear callers, and the bait barrel only works on black and brown bears. Polar and grizzly bears can only be hunted via spotting and stalking.

If there are let us say 3 bears at your bear feeder and you shoot one with a bow will the other 2 runoff?

They'll only run away if they hear your shot. Otherwise they'll just lose attraction to the barrel and slowly wander off.
UHCstats|Trophy Shots
Top

I have killed a lot of bears at my feeder with my heavy recurve bow.
Top

So no bait for Polar bears...I would've bbought some salmon buckets for it LOL
Top