General chat about The Hunter. For suggestions, please use the "Suggestions"-room below.
Forum rules
Post Reply
59 posts

I discovered a nice cabin that pretty intact for this game. It also has a nice workshop. I'll give you my story later. I wasn't sure there were bulls in the area, so right at the cabin I gave a quick call to see if i'd get a call back. Sure enough I got one and he came in and I put him down not 20ft from the cabin. I got a huge smile for all this. The cabin/workshop needs some work but the structures look sound. A weeks work and i'll have it fixed up. This is just what i'm looking for and I don't know why I never wen to the end of the trail to find this cabin.

Now i'm excited about the traditional way again. It's not that far from the other hunting area I like above the lake. I can hike there and hunt and be back to the cabin for supper. Perfect.

This was the hunt and if you look at the map for the kill you'll see the location. My new home. (virtual anyway)

I've done that hunt from the cabin you just found to the area behind the lake a few times. Are you running into bears up there?
Have a MeLLoW Day

I did run into a female and shot her but it wasn't near the cabin but over the lake. I think by the cabin is one of the few places that has elk and no grizz.

I did enter a grizz comp just in case I run into a grizz during the next couple of days. I shot a male and i'm in 2nd but that won't last long. I won't be hunting them but just putting a little reason behind shooting them.
Top

OldMtnMan wrote:I did run into a female and shot her but it wasn't near the cabin but over the lake. I think by the cabin is one of the few places that has elk and no grizz.

I did enter a grizz comp just in case I run into a grizz during the next couple of days. I shot a male and i'm in 2nd but that won't last long. I won't be hunting them but just putting a little reason behind shooting them.

Have you been to the cabin way above the lake, nearly to the train tracks, a little below the Eastern Tunnel exit? It's pretty run down but the views are spectacular.
Have a MeLLoW Day

No, I haven't been to that area at all. I will at some point. Most all the cabins are too run down to imagine living it them. I tried and my brian wouldn't accept it. The cabin we're talking about is in the best shape. There's one just like it at the end of a trail on south west part of the map. I use them both like i'm living there.

I wish they had given us just one cabin that was complete and could be lived it. Plus, be able to go inside like the trophy lodge. They could have used the Rustic Trophy Lodge and made it more like a cabin instead of for just trophy's. I'd be a happy camper.
Top 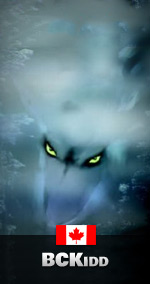 I always thought that would be cool. We decide which cabin(s) we want to fix up, go to the store buy the supplies and 24 hours later, whalla, we can move in and start our expeditions from there- like a lodge or tent. Yep, I'd buy into that.

"Patience and perseverance, are not an option if you want that trophy, they are a necessity."

Yes, that would be even better. Especially, if we could put the cabin where we want it like a we can with tents. That might be asking for too much though.
Top

Hello,im also bow hunting with a longbow/heavy recurve and here are 2 tips which helped me as a new player.

1st tip --> As longbow is zeroed at 40m in order to shoot at 20m without aiming at the knees i use my screens crosshair and that is dead center at 20m with longbow,at 30m i aim at belly with the arrow tip and 40m is the normal aiming.

2nd tip -->I saw you were looking for a camo that works everywhere and for every animal,well there is one and its called ''Arctic traditional outfit'',it gives ''some'' camo but its for all maps/terrains except bushrangers/Piccabeen as youll get overheat and for all animals,also its very beatifull if you like that kind of clothing.Actually camo isnt necessairy at all as im stalking behind bears up to 20-25m for a bow shot with no camo at all but for what its worth thats our best option.

PS-As my english arent that great feel free to ask if something isn't clear enough.
Top