How do i take a screenshot?? 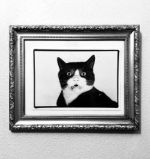 InvisibleFlame9 wrote:I'm having the hardest time with trying to get a screen capture. I'm on windows 7.

I just want to be able to take pictures in my trophy lodges. We have the 'camera' for out in the field. I just wish I could have the camera also work in the trophy lodge and have the pictures go to my gallery in the game.

It would be great if EW could add it's own 'print screen' option in the game.

Option #1 : Start the game in Windowed Mode, or if you started it in Full Screen, press <Alt><Enter> to switch to windowed mode. PrintScreen should now work, and show the game rather than the desktop behind the game.

– Right-click on the executable file for the game ("theHunter.exe")
– Select the Compatibility tab and then check Disable desktop composition
– Press OK to close the properties dialog and then run the game
– Typical screenshot methods should work now.

Option #3 : If you have a 600 or above NVidia graphics card and have the NVidia Gaming experience installed, The ShadowPlay/Share function will take screen shots as well as record video. I believe the shortcut is <Alt><F1> to take a screenshot.

Thanks for the help! Option #1 works just fine for me and was very simple.

It's a unique kind of weirdness that requires effort. It means consistently showing up for yourself.
Top

If you've installed THC through steam use f12 key for a screenshot. Then open Steam go to View > Screenshots and you can save your screenshot.
Top